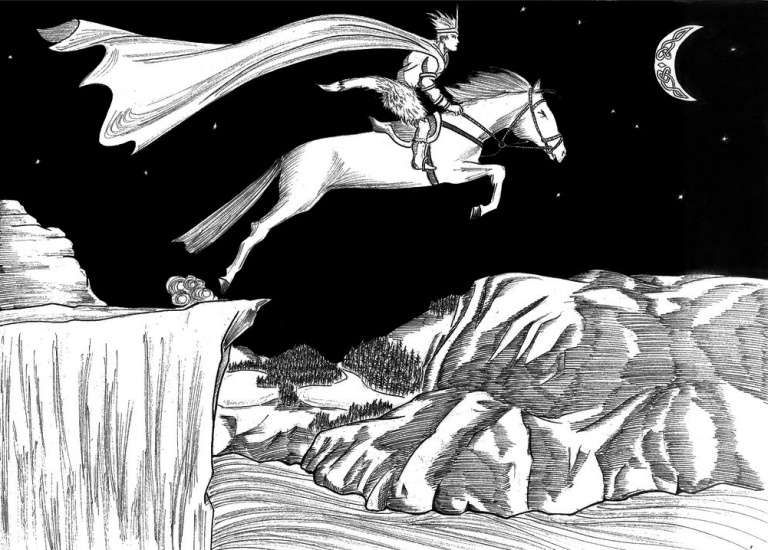 He Rides The Sky

High in the sky

Freely in the air.

They see two lovers down below,

Lost in a sweet affair.

Over rising cliffs and sea.

Beyond the gate of the curling clouds

To the Kingdom of the Sidhe.

They fly unto a palace that scales unto the moon.

They fly into a tower, into a shadowed room,

The love he lost

And so the fates and fortunes conspire:

Not one second to waste

He rides in great haste

He’d ride to the stars above

His heart would not fail

To be with the woman he loves.

His love for her would never die

So he rides the sky

Over wind that blows.

He lost her as a dragonfly

So he rides the sky

To the North he goes. 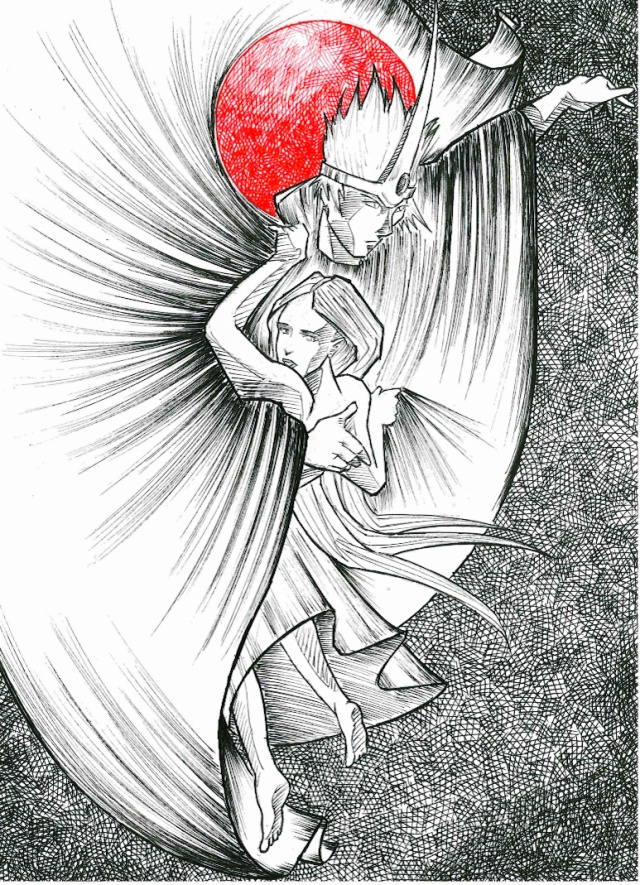 Be near me when the stars are falling,

When the daylight is dying,

Hear me, when my heart is calling,

When my heart is crying,

To be by your side.

Peter Francis Fahy is a graphic artist and performance poet who illustrates scenes and composes poetry dedicated to old Celtic romances.  His work on The Legend of Etain, an epic Celtic myth and the oldest love story in Ireland, has been featured in Feile An Phobhail, Stendhal Festival of Art, The John Hewitt Bar, and heritage sites across Northern Ireland.